Early last year, Jimmy Gollihar was deeply engaged in building a unique facility on the Forty Acres, what he calls “the Bio-Foundry” – a turbocharged biotech playground focused on rapid scientific discovery. The foundry was to be a key part of a synthetic biology research partnership between the University of Texas at Austin and the US military. Then, as fate would have it, COVID-19 would change everything.

Countering biological threats is a high priority for the US military. It is one of four main focus areas of a synthetic biology research partnership that began when the Southern Army Research Laboratory was established in 2017. About 10 UT researchers Austin, including Gollihar, Jason McLellan, Ilya Finkelstein, Andy Ellington and Hal Alper, are conducting a range of research projects under the partnership.

When the pandemic began, there was no time for UT Austin co-workers. Gollihar had been designing and building the foundry for more than a year and some key equipment still hadn’t arrived, but UT researchers aimed to identify antibodies in patients as quickly as possible that were highly effective in eliminating the new coronavirus, information that could lead to the development of possible treatments.

“My first thought was that we needed to get samples from infected individuals,” says Gollihar.

Collecting and analyzing blood samples from local COVID patients and through a collaboration with Houston Methodist Hospital, researchers began analyzing the samples manually; then, as the missing pieces of the foundry puzzle fell into place, they moved the work to automated systems. Within months, this work has led to a potential new treatment for COVID-19 that is currently in development – ​​the product of an emerging and important partnership.

“ARL has expanded our research presence across the country by establishing regional partnerships like the one we have with UT Austin,” said Heidi Maupin, regional manager for ARL South. “This has allowed Army researchers to work side-by-side with leading academic researchers. Our collaboration leverages access to state-of-the-art facilities, data and elite subject matter experts to solve unique army problems in an expedited manner.”

ARL South and the other regional labs are addressing a major challenge facing the military: there is an extremely slow disconnect between the basic research that takes place in universities across the country and the application of the new knowledge and experimental approaches they create to the within the army.

“In many cases, the solutions we achieve through our strategically designed partnerships are suitable for military technologies as well as other government agencies and commercial applications, often benefiting society as a whole, such as in the case of successful collaborative research on COVID-19,” says Maupin.

ARL South is headquartered at UT Austin’s Pickle Research Campus in North Austin. There are 17 academic institutions involved in the south-central region of the United States, including many in Texas, which employ approximately 110 Army scholars. At UT Austin, more than 10 leading synthetic biology researchers interact on cutting-edge innovation with ARL South, while on campus there are more than 40 in areas such as networking, robotics , artificial intelligence and materials development.

“While there are many top institutions in Texas, UT Austin was chosen as the location to plant our ARL South flag due to its proximity to Austin’s vast tech start-up community,” Maupin said. . “There is a definite benefit to being at the heart of the entrepreneurial culture that houses Austin, motivating our own researchers to take risks and embrace innovation as we strive to build transformational technical capabilities that will protect our nation. “

Another key benefit of these types of partnerships is that students and postdocs can gain skills and experience working on real-world problems and explore career opportunities outside of academia.

In addition to combating biological threats (natural or otherwise), synthetic biologists working through the partnership between ARL South and UT Austin are exploring ways to adapt the natural mechanisms of life to make advanced materials with useful properties, protect plants and animals and promote sustainability.

For example, one project is developing toolkits to control gene expression in microbes and plants so that they produce the materials needed on an industrial scale, such as lighter, stronger or more camouflaged for soldiers. The project could also produce sensitive biosensors capable of detecting the presence of biological or chemical weapons in the field, or it could lead to more sustainable materials production and better ways to manage manufacturing waste.

Besides manufacturing biomaterials, the approach can be used to protect important agricultural crops and pollinators. For example, a group of engineers and molecular biologists at UT Austin engineered microbes that naturally live in the guts of bees to produce substances beneficial to these essential agricultural workhorses. In one project, microbes produced a substance that helped improve memory and learning in bees. In another project, the microbes pumped out drugs protecting the bees against deadly viruses and mites.

The team includes molecular bioscientists Andy Ellington, Bryan Davies and Jeffrey Barrick, as well as chemical engineer Hal Alper. They collaborated with Nancy Moran, a professor of integrative biology, and members of her lab to apply the new tools to bees. While the Defense Advanced Research Projects Agency initially funded the development of the tools to engineer these microbes, scientists are now exploring potential new applications such as coaxing the microbes to produce protective or conductive coatings through the partnership with ARL South.

Ellington and Alper are also partnering with ARL South to develop processes that can convert waste into useful products.

“The military still has interests in bioremediation,” Ellington says. “The military wants to be able to both clean up after itself and ‘live off the land’.”

Researchers are also using machine learning to make waste-degrading enzymes more stable and work under real-world conditions. These advances will be especially important when moving biology out of the lab and into the real world.

“We are excited to combine the research strength here at UT Austin with the biological foundry established by ARL-South,” Alper said. “These facilities will certainly elevate the level of training we can offer students. Through these collaborations, we hope to realize the promise of synthetic biology to improve our lives and our environment.

Liquid-handling robots have accelerated the pace of discoveries at the “biological foundry”. Photo credit: Callie Richmond

Antibodies to the rescue?

Not too long ago, Gollihar was a graduate student at UT Austin working with Ellington and others on synthetic biology research. He left for a time to work in the biotechnology industry, learning the tools of automation. He returned to UT Austin in 2018 as the synthetic biology lead for ARL South; CTO of a core ARL research program focused on synthetic biology; and head of the biological foundry. At that time, Gollihar had a new goal: to combine automation with an approach called directed evolution – an iterative process that begins by generating a multitude of mutated versions of a molecule or organism, selecting those that match the better at certain criteria, then repeat – to accelerate scientific discovery.

At this point, the Biological Foundry is a 2,500 square foot facility with state-of-the-art equipment capable of high-throughput, directed-evolution screening of molecules and organisms needed to manufacture materials with unique properties. It houses capabilities usually scattered across several university labs: DNA sequencing and synthesis, sorting of individual cells, sorting and analysis of chemical constituents of materials, and modification of the genetic code of plants and microbes.

But the special sauce is the ability to do a lot of work quickly. For example, in automation, the foundry deploys liquid handling robots. In the time it takes a graduate student to use a pipette to transfer a sample from one tube to another, a liquid handling robot can transfer 384 samples. In terms of directed evolution, Gollihar is developing methods that will allow him to simultaneously analyze a billion unique variants of an enzyme in a single tube, and then all at once select the best 10,000 versions. By successive iterations, it can converge on the best enzyme much faster than with traditional methods.

“Biology is messy and noisy, and designing things doesn’t always work,” says Gollihar. “With high-speed automation, you can take more shots. And so something that once took you years to do now can take you weeks or months.”

Thanks to the long-term vision of the ARL South partnership with UT Austin, the tools and staff were already coming together when the pandemic hit. The team led by Gollihar, Jason McLellan and Daniel Boutz; and also includes George Georgiou, Ilya Finkelstein and Edward Marcotte, among others – found an antibody naturally produced by a patient infected with COVID-19 that robustly neutralizes the virus in cell cultures. Researchers are currently testing on animals and if all goes well, clinical trials on humans could begin within months.

“That wasn’t the original plan,” Gollihar says of the foundry’s COVID-19 research. “I wanted to build a platform that was app-agnostic and just about biological engineering. And it just so happened that it all came together in the worst biological event of our lifetimes.” 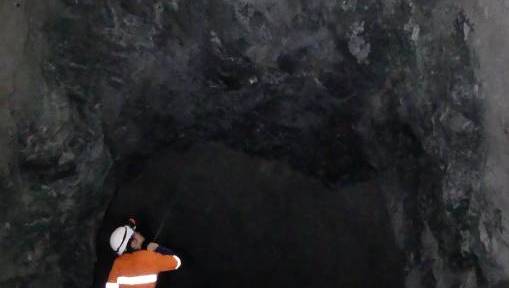 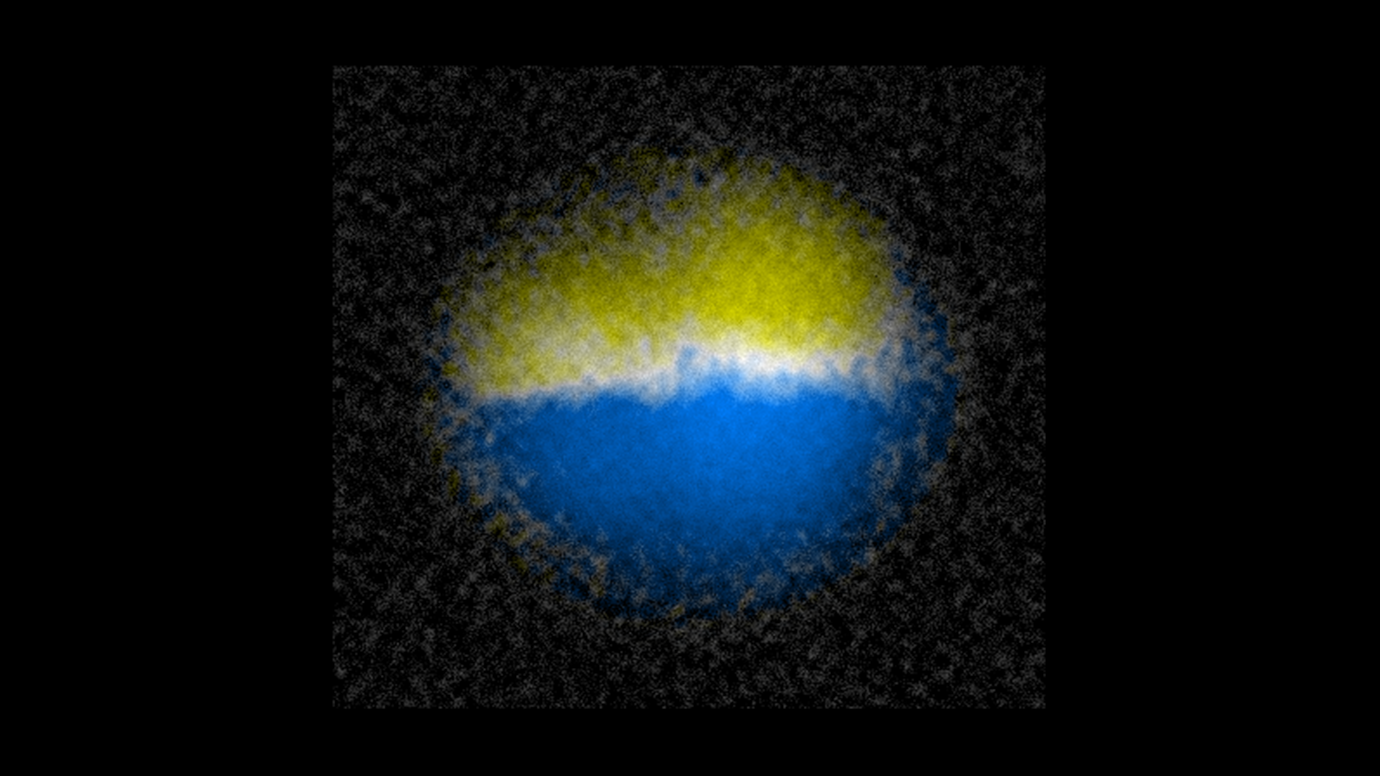