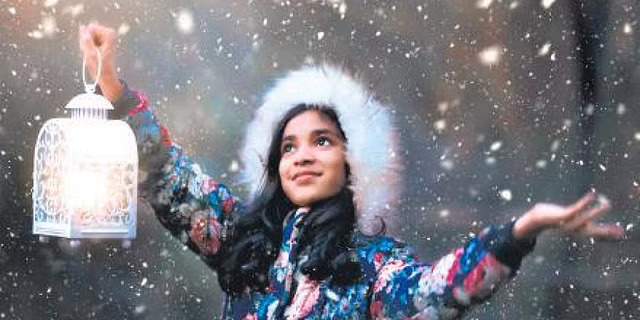 Madhapur’s State Art Gallery is lined with an immersive image trail celebrating female subjects across the country. Captured by 19 women photographers, their work is exhibited at the ongoing Indian Photography Festival (IPF) Women’s Photography Festival. CE speaks to three of these photographers, originally from Hyderabad, about their point of view, their style and their inspiration.

For Deepali Sharma Agarwal, photography is about painting with light. “I was experimenting with a slow shutter (a photographic technique). This makes images interesting when there is movement. I sat on the road at last year’s Night Bazaar at Charminar and was trying to capture the monument, with the life around it. The place was teeming with people, it was noisy and chaotic, yet somehow everyone knew what they were doing or wanted. A woman with her son was negotiating amidst the commotion. This is how I captured the essence of the place and the life around it,” says Deepali, a city-based street photographer.

Photographs are timeless keepers of memories for Jovy Thomas. Photographs, she says, can break the laws of physics and take us back in time to relive the moment. “My daughter was born in London. She stayed there until she was six months old. Since she has no memory of the place, she hopes to go to London and experience snowfall there,” she says.

This wish is the inspiration behind the creation of the image which speaks for itself. “I recently clicked on some photos of her, depicting her time there. I gave her one as a birthday present this year. It’s now her favorite photo. Being able to bring happiness to a child through my work is something I am very grateful for,” she says.

The presence of a newborn brightens up a room. “My zeal for capturing newborn babies never fades – not just because of the thought that they will cherish their little selves when they grow up and watch these timeless images, but also because of the memories they leave behind. , after each photo shoot. I prefer to click on newborns between five and 15 days after birth. During this phase, babies are still in a crawling position – their hands and feet are held close like in a womb. C is the best time to capture babiessays newborn photographer Dr. Soniya Bulandani.

Portrait photographer Radha Varanasi reads a person’s face as if it were a book, through her lens. “During filming, I expect to capture the essence of the innate character of the person I photograph”, explains Radha. The photography festival runs until April 7.