In a quest to understand the nature of depression and loneliness, an influential scientist in the late 1960s devised a scientific apparatus more akin to a monkey torture apparatus.

The experiment was developed by American psychologist Harry Harlow in hopes of producing an animal model of depression to better understand the disease and potentially find possible treatments. A rhesus macaque monkey would be placed in a large vertical cone-shaped structure made of hard, cold stainless steel. The floor of the device was made of wire mesh, allowing poop to fall from the bottom. In this “pit” the monkeys were fed and watered, but ultimately left alone for weeks.

Harlow called this device the âPit of Despairâ. As he explains in an article from 1969 [PDF], the idea was to reflect the emotional sensation experienced by a human suffering from severe depression: âDepressed human beings report that they are in the depths of despair or that they are in a well of loneliness and despair. Therefore, we built an instrument that would meet these criteria and euphemistically called it the pit, or the vertical chamber for those who find the term “pit” psychologically unacceptable. “

Most of the monkeys fell immobile and curled up within days of being placed in the pit. Once removed from the device, the monkeys would not return to normal social behavior. Harlow explains in a 1971 study that the monkeys subjected to the âpit of despairâ for 30 days would not play, avoid social interaction and show no signs of curiosity. The majority of the monkeys simply remained still in a snuggled position, hugging their own bodies with their hands. These “deep behavioral abnormalities,” in Harlow’s words, would remain even months after being released from the device.

While Harlow argued that the device has “enormous potential” for the study of depression, it is not clear whether this particular line of research has ever provided real information on clinical depression or offered any means. possible to treat it.

Over the course of his long career, which spanned from the 1930s to the 1970s, Harry Harlow gained both academic fame and public notoriety.

Born in 1905, he spent most of his professional life at the University of Wisconsin-Madison, where he had great career success. Harlow remains one of most cited psychologists 20th century, but his work has sparked more than its fair share of controversy, for obvious reasons.

Using macaques as a subject, he showed how extremely important parenting, caring, and companionship (what some might call “love”) in early life was for social and cognitive development. He also pointed out how an infant has a deep psychological desire for affection with a parental figure that goes far beyond a utilitarian desire for warmth, protection and nourishment.

Before Harlow, scientists and scholars of the first half of the 20th century pushed the idea that parents should remain emotionally distant from their own children. To condition an individual to become a full adult, they believed that crying babies should be left alone and ignored, rather than responding to them. A prominent child psychologist even told parents not to kiss their children goodnight, but to give them a nice, firm handshake before bed. Harlow was one of many prominent figures to challenge this paradigm.

Towards the end of his career, Harlow’s interests turned to the scientific investigation of depression. It is been said that he came to understand the disease because of his own experience of severe depression, which intensified after the death of his wife in 1971. He died in 1981, suffering from depression and alcoholism .

For the most part, Harlow’s experiments were sadistic, unwarranted, and exploitative. In the words of American literary critic Wayne C Booth: âHarry Harlow and his colleagues continue to torture their non-human primates decade after decade, consistently proving what we all knew beforehand: that social creatures can be destroyed by destroying their own. social connections. “

Harlow also didn’t shy away from this image of a cold-hearted experimenter. In a 1974 interview, he would have remarked, âThe only thing that matters to me is whether the monkeys are going to become a property that I can publish. I have no love for them. Never had. I really don’t like animals. I despise cats, I hate dogs. How could you like a monkey? ”

Some have suggested that Harlow seemed to have taken pleasure in giving his devices vivid and intentionally shocking names. In addition to the “pit of despair”, he also created the “tunnel of terror”, “the iron maiden” – named after a real torture device – and the “rape racks” – a device that forced female monkeys to have sex.

Obviously, public relations was not his strong suit.

Nevertheless, Harlow continues to influence the way we see the development of the child and we have helped to reshaping orphanages, adoption services and childcare services in the second half of the 20th century. Some have even argued that Harlow’s work forced the scientific world to rethink the use of animals in research.

Granted, his experiments would have a hard time getting past a university ethics committee in the 21st century, but animal testing continues to be widely used in scientific research. According to statistics The U.S. Department of Agriculture scientists in the United States used 75,825 non-human primates for research in 2018.

THIS WEEK IN IFLSCIENCE

Get our greatest science stories delivered to your inbox every week! 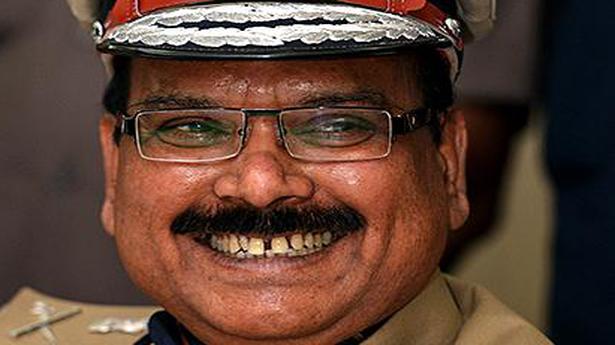