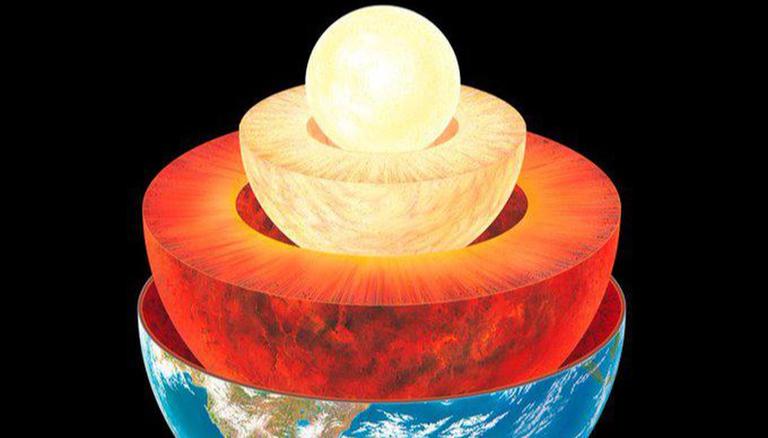 In a remarkable development, scientists at the University of Lille in France created the conditions of intense pressure, found in the outer core of the Earth, within a laboratory. We know that the outer core of our planet is made up of liquid iron and nickel and that this outer core surrounds an inner core made up of a hard ball of the same elements. Experts working on this project believe that this breakthrough will help us understand the conditions resulting from iron collisions in space and also what is happening inside our own planet.

Arianna Gleason, a physicist at the US Department of Energy’s SLAC National Accelerator Laboratory, told Science Alert: âWe haven’t quite created the inner core conditions, but we have reached the outer core conditions of the planet, which is truly remarkable â. The experiment was led by physicist SÃ©bastien Merkel, who, along with his team, eventually witnessed the structural deformation of iron.

Scientists created laboratory conditions with a temperature of 3,796 degrees Celsius.

In order to deform the iron, the mesh of the element must first be broken. To understand this, imagine a cube with four marbles (technically atoms) in each corner and one in the center. When intense pressure and temperature is applied to this element, said structure (lattice) begins to deform and atoms break up and create a hexagonal structure, making room for more atoms. We are talking about dislocation under normal conditions because what happens under extreme conditions like that of the nucleus was unknown until now.

In order to determine what is going on deep inside our planet’s surface, the scientists used two lasers – an optical free-electron laser and a Linac coherent light source (LCLS) to create extreme heat and measure respectively the atomic structure of iron. Using the lasers, the experimenters subjected a microscopic iron sample to a temperature of up to 3,796 degrees Celsius and 187 Gigapascals of pressure. For scaling, the temperature and pressure of the outer core range from 3,727 to 4,727 degrees Celsius and 135 to 330 pascals respectively.

According to experts, this realization may play a major role in understanding space collisions, as there are many metallic asteroids in the universe that were once the nucleus of planets but suffered a disruption in their formation. They explained that these asteroids could end up colliding one day, and the iron in their structure could be deformed.

Science Alert reported that Gleason said, âNow we can give some of the physical models a boost for some really fundamental strain mechanisms. This helps to strengthen some of the predictive capabilities we lack in modeling the reaction of materials under extreme conditions â.