He studies multi-scale simulations that, when integrated, could combine individual raindrops, thunderstorms and the entire global atmosphere, guided by data currently considered too fine to use, i.e. say too small to be seen on a data grid, or in other words, sub-grid. .

Pete Bosler, an applied and interdisciplinary mathematician at Sandia National Laboratories, is the recipient of an Early Career Research Award from the Department of Energy. (Photo by Craig Fritz) Click thumbnail for high resolution image.

“Pete’s research plan presents a very innovative approach to getting more precision from our simulations of complex physical systems like climate and plasmas,” said Andy Salinger, director of Sandia. “As our computational resources for these mission areas increase, the boundary between which phenomena we can solve with our most faithful models and which remain too fine-grained and must be represented with models derived from experience is shifting. Pete will develop new algorithms that will intelligently choose the most appropriate experience-based models to capture unresolved processes. »

Bosler’s proposal is funded by an Office of Science Department of Energy Early Career Research Fellowship of up to $500,000 per year for five years. The Early Career Research Program, now in its 13th year, is designed to provide support to researchers during their early career years, when many scientists are doing their training work. This year, the DOE recognized 83 scientists nationwide, including 27 from national laboratories. Bosler was one of four Sandia researchers selected.

In a broad sense, Bosler’s proposal grew out of his first naval service. When he graduated from the United States Naval Academy in 2002 with a bachelor’s degree in oceanography, he served as a combat line officer in anti-submarine warfare at sea and as an anti-terrorism officer protecting ships during port visits. Then he worked ashore as an officer in the meteorological and oceanographic staff corps for two years.

He loved the sea and the work was patriotic, but what fascinated him throughout his service was the Navy’s widespread use of computer models.

“I was looking at the use of the end product, of course,” he said. “We would tune our ship’s sensors to the environment predicted by our ocean computer models, for example, and for our weather forecasts we relied heavily on atmospheric models.”

He found the models “fantastic, but not perfect”. Even during the considerable evolution of the last decades, “nature can still surprise you where the models do not work well. Usually these situations are outliers, rare occurrences, but they can be extreme events where you would need the models the most,” Bosler said. “I wanted to learn more about the methods behind these models and improve their performance, so I chose to study applied and interdisciplinary mathematics. [at the University of Michigan] when I left the Navy.

His work, which to date has led to nine published papers, 12 guest presentations and numerous interactions with students, has a common technique that uses equations that represent fluid flow as it moves with the fluid as it goes. as it evolves, rather than maintaining a fixed vantage point. “Consider a drifting buoy or a floating balloon that samples the part of the ocean or atmosphere as they move with it,” he said.

In this complex flow, the computational elements, or particles, develop features both larger and smaller than their original configuration as they adapt to the flow by moving them closer together or further apart. This can leave a simulation region relatively devoid of particles and some too many.

“Simulation accuracy will degrade rapidly when this happens,” Bosler said. “So we use a technique called adaptability to fill sparse regions of the stream with particles and pull them out of regions where they can accumulate.”

To do this without sacrificing accuracy, Bosler proposes combining these purely mathematical efforts with datasets developed from real-world observations. These help mathematical efforts stay on target, until the cudgel of data goes under the grid, too small to see, or technically, finer than can be resolved.

Adaptive algorithms use partial differential equations related to physical laws, which is attractive but expensive to use for many calculations.

“Partial differential equations are based on physical laws, so they’re appealing because they’re firmly grounded in theory, but calculating their solution can be very expensive,” Bosler said. “Data-driven methods like dynamic mode decomposition don’t necessarily need a connection to physics, but with the new graphics processing unit and machine learning infrastructure, they can be very fast. and inexpensive.”

“A lot of people are trying to figure out how to combine the strengths of these two ideas, using physics to inform machine learning algorithms,” Bosler said. “It’s hard. Maybe this connection between the adaptive criteria and the dynamic mode decomposition algorithm will open new avenues.

Sandia National Laboratories is a multi-mission laboratory operated by National Technology and Engineering Solutions of Sandia LLC, a wholly owned subsidiary of Honeywell International Inc., for the National Nuclear Security Administration of the United States Department of Energy. Sandia Labs has significant research and development responsibilities in the areas of nuclear deterrence, global security, defense, energy technologies, and economic competitiveness, with primary facilities in Albuquerque, New Mexico, and in Livermore, California. 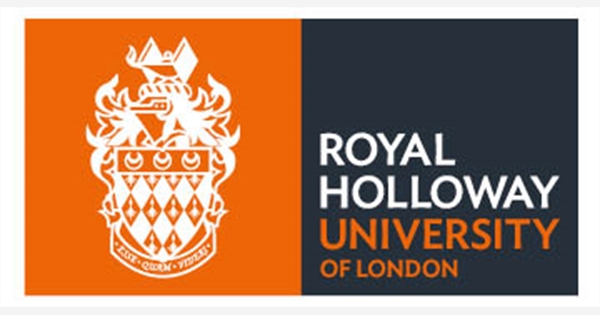