Launched in 2020, NASA’s Astrophysics Pioneers program aims to develop small-scale astrophysics missions using small satellites, balloons, and modest payloads from the International Space Station to explore cosmic phenomena – each for a maximum mission cost of $20 million. SFL has been selected in 2021 to complete platform concept designs for two of the four first-round Astrophysics Pioneers missions.

“Following reviews of the system requirements, NASA has given approval to both MSFC and the University of Arizona to carry out the implementation of the mission. SFL is proud to help drive both teams forward in the development of the groundbreaking StarBurst and Aspera missions,” noted SFL Director Dr. Robert E. Zee. “Our microspace approach to building small, high-performance, affordable satellites aligns perfectly with NASA’s goal of finding new, cost-effective ways to conduct astrophysical research.”

SFL will develop the StarBurst platform on an ESPA-Grande variant of its scalable DAUNTLESS bus. Led by NASA’s Marshall Space Flight Center with Daniel Kocevski as principal investigator, the 250kg StarBurst will detect high-energy gamma-ray emissions from events such as neutron star mergers. These phenomena are thought to form most heavy metals, including gold and platinum, in the universe. StarBurst could observe up to 10 neutron star mergers each year.

For the Aspera mission, SFL will use a larger variant of its scalable DEFIANT microsatellite platform. Led by the University of Arizona with Carlos Vargas as principal investigator, the 60 kg Aspera satellite will study the evolution of galaxies through the observation of ultraviolet light. This data will reveal the entry and exit of hot gases into the space between galaxies, known as the intergalactic medium, a major component of the universe.

In addition to building, integrating and testing the two small satellite buses, SFL will support the launch, commissioning and operation of StarBurst and Aspera, tentatively scheduled to launch in 2025.

In 24 years of history, SFL has developed CubeSats, nanosatellites and microsatellites which total more than 173 cumulative years of operation in orbit. These microspace missions have included SFL attitude control and, in some cases, formation flying capabilities. Other core components developed by SFL include modular (scalable) power systems, on-board radios, flight computers and control software. 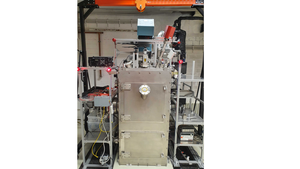 Laboratory will illuminate the formation, composi 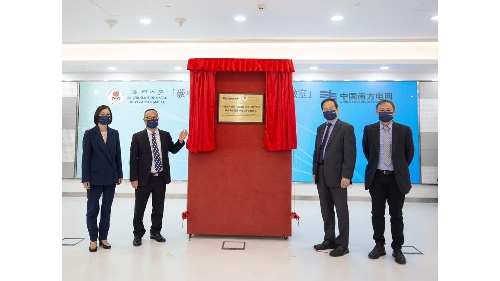