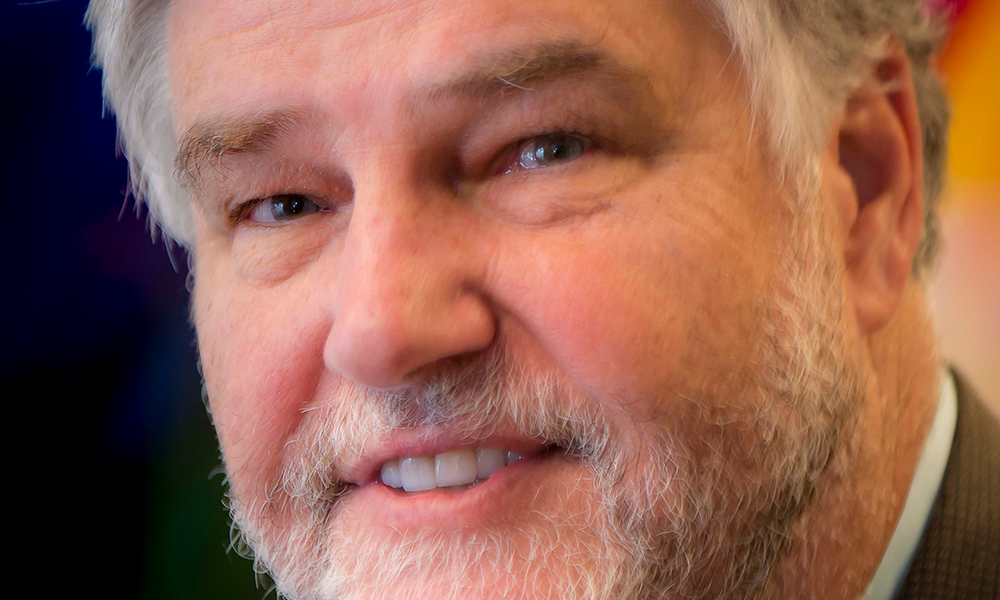 Campbell, which has attracted record funding for the Laser Energy Laboratory (LLE) and fostered stronger relationships with federal and state governments, universities, industry and between LLE and River Campus, will step down in December .

Michael Campbell, a scientific leader in laser science and plasma physics, who served as director of the University of Rochester’s Laser energy laboratory for four years, has announced that he will retire on December 31, 2021.

Campbell will continue to serve as a director of LLE until the end of the calendar year and will remain as a consultant to LLE until a new director is appointed. Details of the University’s nationwide search to find its successor will be shared in the coming weeks.

During his 40-year career, Campbell has become an internationally renowned expert in inertial confinement fusion (ICF), high energy density physics, high power lasers and their applications, and advanced energy technologies. As director of LLE, Campbell increased the number of employees by more than 20 percent to nearly 400, including more than 50 graduate students. He also secured record funding for the lab.

Rochester President Sarah C. Mangelsdorf praised Campbell’s leadership in expanding LLE’s capacity and promoting relationships both with National Laboratories and between LLE and the River Campus.

“Mike is a visionary leader, a brilliant communicator and advocate for science, and a wonderful person who is loved by his staff,” says Stephen dewhurst, Associate Dean for Research at the School of Medicine and Dentistry and Associate Vice President for Health Sciences Research at the University, who currently holds a one-year position as Vice President by interim for research. “He’s larger than life, in the best possible way. He’s also the only person I know who measures distance in nanoseconds (the time it takes for light to travel a foot). During his tenure, Mike fundamentally changed LLE’s culture for the better, strengthened Congressional and NNSA support for the lab, and greatly enriched LLE’s relationship with the College.

Campbell joined the University in 2015 as Deputy Director and was promoted to Director in 2017. Prior to coming to Rochester, he was a Senior Scientist at Sandia National Laboratories.

Founded in 1970, LLE is the largest university research program in the Department of Energy in the country. The laboratory houses the OMEGA and OMEGA EP lasers, the most powerful laser systems of any academic institution in the world. The LLE further operates the National Laser Users Facility, which enables up to 500 additional scientists from around the world to probe temperature and pressure extremes in laboratory-scale experiments. 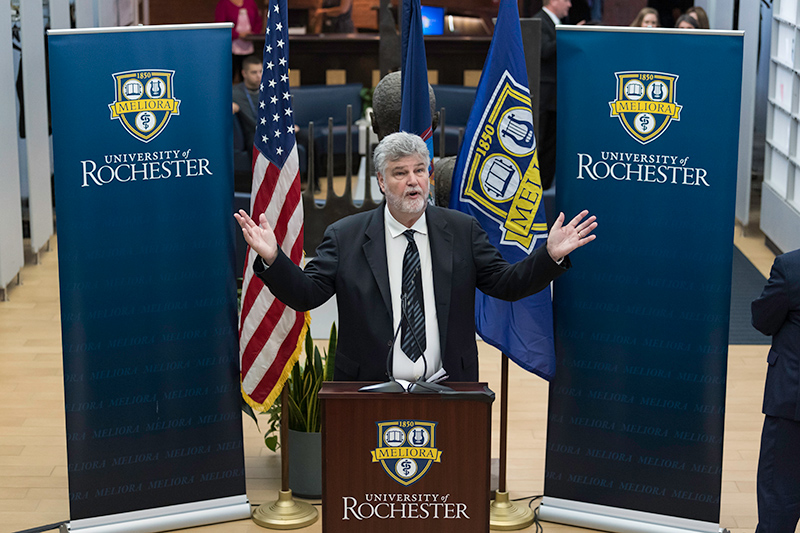 Under Campbell’s leadership and advocacy, LLE cemented its role as an international leader in fusion research, high-intensity lasers and optics, and high-energy density physics – an exploration of how atoms react under conditions of high pressure such as those found in the interiors of planets. He has been a strong supporter of strengthening US leadership in these areas. This included the creation, in 2020, of the Center for Matter Under Atomic Pressures (CMAP), a National Science Foundation Physics Frontier Center, which brings together researchers on campus and in other national laboratories to better understand the physics of matter under extreme pressures.

“One of the things I decided to do as principal was to expand the role of LLE on the University of Rochester campus, and I’m very proud to have done so with initiatives like the CMAP, ”said Campbell. “During my time here, we hired world-class people and expanded our partnerships with other labs. I think we have really demonstrated the quality and impact of research at the University and at LLE.

Campbell’s efforts further involve expanding user access to the Omega laser facility and increasing program funding from $ 71.95 million to over $ 89.43 million per year with a broad sponsorship base among federal agencies. This includes the finalization of a five-year (2019-2023) $ 410 million cooperation agreement with the National Nuclear Security Administration (NNSA) of the US Department of Energy. Given the growth during his tenure, he is currently overseeing an expansion of approximately $ 40 million and 60,000 square feet of LLE.

“The NNSA sincerely appreciated Mike’s leadership on LLE and his efforts to emphasize LLE’s strengths in his contributions to the NNSA’s inventory management mission,” said Ann Satsangi, Federal Program Manager at the NNSA. NNSA Bureau of Experimental Sciences. “The long-standing partnership with LLE has contributed significantly to the achievements of the ICF program as a whole and to the advancement of the science of high energy density. Mike’s strong communication with the labs and headquarters, his good humor and of course his cartoons have been a delightful part of this partnership.

LLE has a long tradition of innovation and progress in laser and optical technology. Campbell consolidated LLE’s leadership in advanced manufacturing for its own program, partner national labs and other universities. This included the design, construction and installation of the Advanced Photon Source (APS) DCS laser at the Argonne National Laboratory and the development of the National Accelerator Laboratory upgrade at the Stanford Linear Accelerator Center (SLAC). of the Ministry of Energy.

As Director, Campbell has also worked to create a more diverse and inclusive research environment at LLE. He created a senior level Diversity Manager position, with the primary goal of establishing strategies to increase workforce diversity in positions related to science, technology, engineering and in mathematics (STEM). He also created the LLE Scholarships in High Energy Density Physics (HEDP) to increase the diversity of representation within and attract top talent in HEDP fields. Additionally, at Campbell’s request, LLE was accepted into a new American Physical Society program to increase diversity in physics departments and laboratories. In the city of Rochester, he dramatically expanded access to research opportunities and scholarships for area high school students from diverse and underserved backgrounds, with the aim of introducing students to the many science and technology fields involved in laser energy research.

Other honors include election as a fellow of the American Physical Society, the Optical Society, and the European Institute of Physics.

He is a graduate of the University of Pennsylvania, Princeton University and the University of Western Sydney. He is the author of more than 250 scientific journal articles and holds five patents, including the design of the first laboratory x-ray laser, for which he received the John Dawson Prize from the American Physical Society. 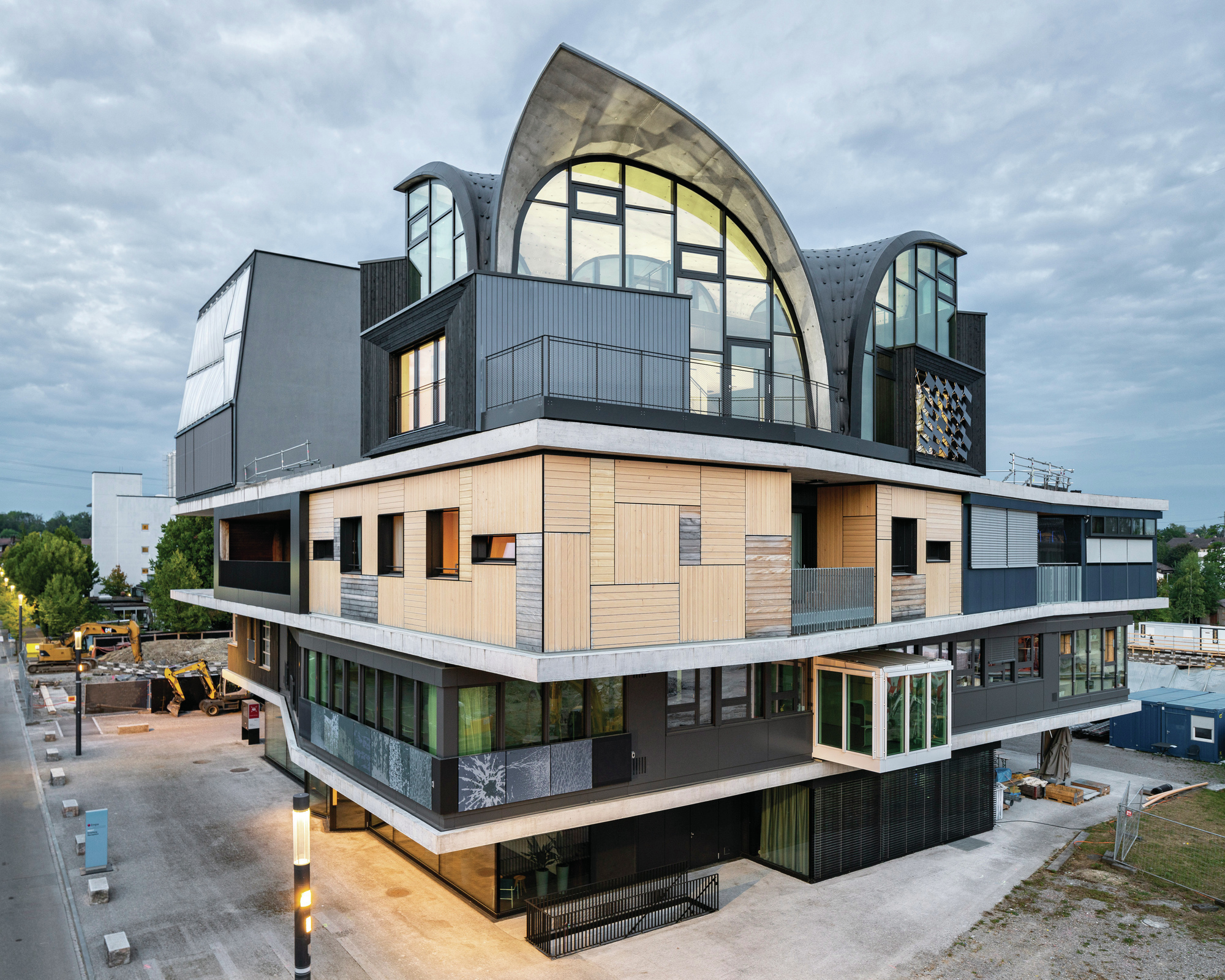 Week in Tech: Opening of a living architecture laboratory in Switzerland