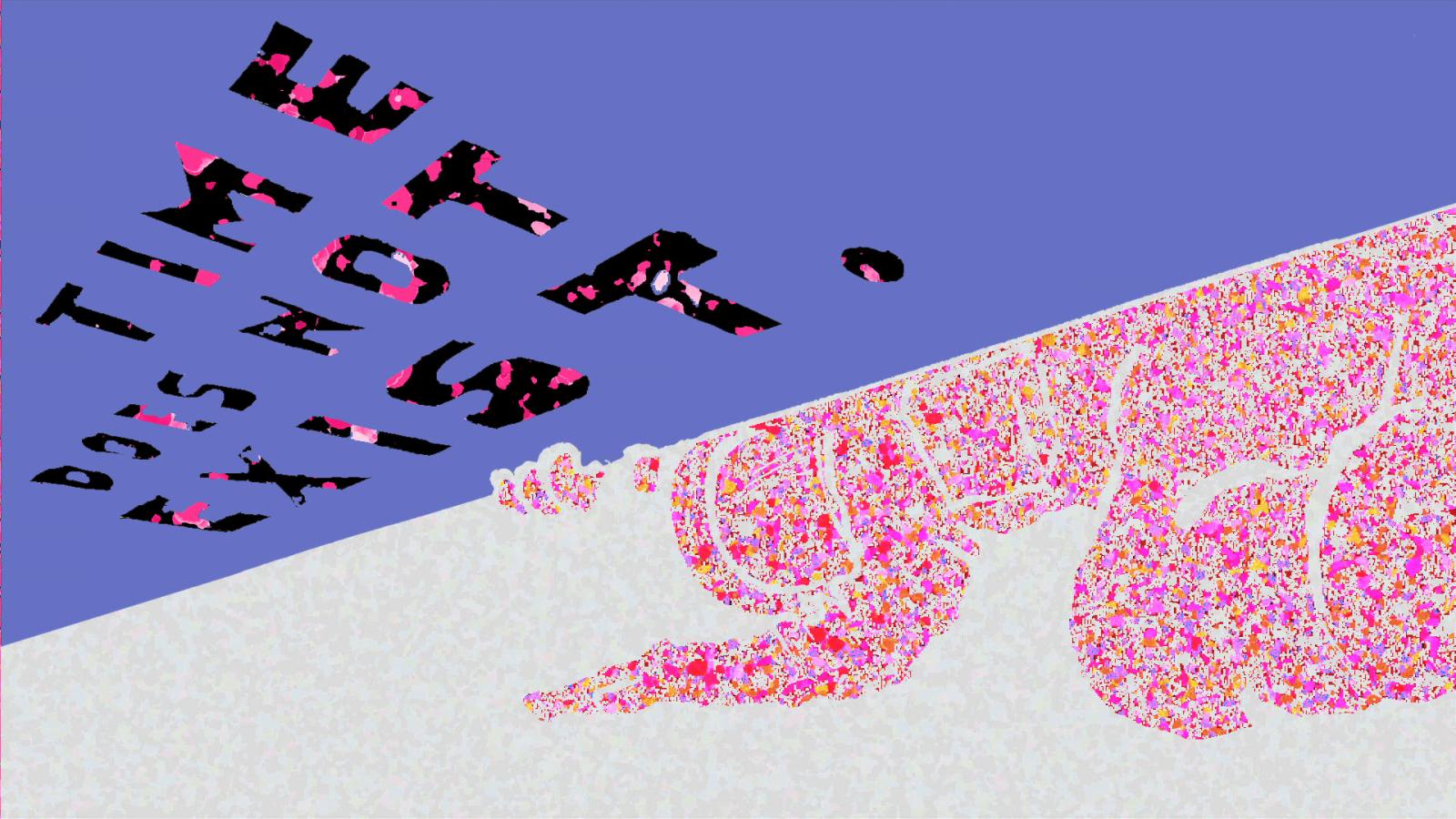 At the start of the COVID-19 pandemic, when New York City went into lockdown, artist Luca Buvoli found himself reinventing Albert Einstein’s ideas about time.

Two years later, his work “A Brief History of Time (Under Covid) – in 7 Lessons” was the centerpiece of a solo exhibition titled “Astrodoubt and the Quarantine Chronicles (An Introduction)” at the Cristin Tierney Gallery. The exhibit, curated by former Guggenheim and Smithsonian curator John G. Hanhardt, documented an experience of the pandemic through the lens of science and communicated complex ideas of physics in a newly accessible way.

“I was, like all of us, exposed to a lot of conversations about how slow times are under COVID,” he says. There seemed to be a disconnect “between the traditional Newtonian time to which we are attached, in general experience, and this relentless, slow, anxious time”.

He wondered: how could he describe the extraterrestrial nature of the COVID time? He found the answer in physics.

Buvoli is a multimedia artist whose last academic contact with physics dates back to his childhood in Italy, when he attended a high school that aimed to prepare students for a career in science or technology. He turned to art instead, but says scientific ideas kept ringing in his ears.

This resonance has already manifested itself in his art. For a series, he once worked with NASA to experiment with facets of astronaut training and, to better understand the stresses associated with conducting research during a typical stay on the International Space Station, embarked the challenge of imagining being in orbit and producing a new artistic concept. per day for 180 days.

For years his work has explored the intersections of science and art, of experimental rigor and subjectivity, of hopeful futurism and the uncertain present. When COVID weather became both a practical and personal concern in 2020, he turned to that same space for meaning and inspiration.

In Einstein’s special theory of relativity, time breaks many “rules” that we assume in our daily lives. For example, it slows down for the fastest objects in the universe. Einstein’s theory then led physicists to the concept of spacetime. Spacetime can be described as a unique fabric onto which our perception of the world is projected, an elastic grid that bends into deep valleys and endless funnels. This is a recurring theme in Buvoli’s new work.

The artist’s “7 lessons” series, which consists of an animation for each lesson inspired by the book Seven short lessons in physics by Carlo Rovelli, centers on a character that Buvoli calls Astrodoubt. Always depicted in astronaut costume, Astrodoubt is a person of indeterminate gender, race, and age who comes face to face with the principles of physics in his daily activities.

In one lesson, Astrodoubt pours spacetime, like coffee, into a cup. Instead of a filter, the cup is surmounted by a cone mapped on a set of three axes. Physicists commonly use cone-shaped diagrams like this to show how light travels through spacetime, starting at one point and spreading out over time. Einstein revealed that information cannot travel faster than light, so only events that fall inside the cone of light can be causally linked to the event at its pointed base.

“I actually imported the grid and diagrams directly from Stephen Hawking’s A brief history of time and I tried to humorously transform them into domestic spaces and objects that we lived with,” Buvoli explains.

Later in the same “lesson”, the cone of light appears nestled in a shelf where Astrodoubt stores his mug. Astrodoubt’s arm is shown in segments, one for each part of the sequence of movements they must perform to place the cup on the shelf. It’s as if the artist is implying that for someone constantly preoccupied with a terminal illness, every action becomes a very deliberate sequence of smaller, causally related decisions. And those decisions are limited, as illustrated by the cup-sized cone of light confining possible futures to a small corner of spacetime.

“I have attempted to incorporate humor and absurdity into these pieces to try to ease and release the tension that most, if not all of us, have felt over these months,” said Buvoli said.

Although Buvoli started “7 Lessons” in response to living in lockdown, in the process he found new ways to use art to bring complex physics ideas to non-scientist audiences. “It’s a project that required thousands of hours of immersion and hundreds of hours of reading, which made me realize the limits of language to describe what we are experiencing,” he says.

For the lesson on quantum mechanics, for example, he struggled with different ways to visually represent probability and indeterminacy. He says he imagines Rovelli similarly strove to explain abstract mathematical concepts with words. “The work of a physicist who tries to explain such a concept is a work of approximation, a work of simplification in the hope that this concept can be, so to speak, translated,” says Buvoli.

For inspiration, Buvoli turned to sci-fi films like the original tron, science fiction book covers and graphic style of comic books. His artistic training led him to incorporate ideas and styles developed by modern art movements, from Cubism and Expressionism to the surrealist melting clocks of Salvador Dali.

Historically, physicists have relied on dramatic thought experiments, such as the twin paradox or Schrödinger’s cat, to illustrate their point. Buvoli says he hopes his work can, in addition to documenting the anxiety of the past three years, achieve a similar goal.

“Part of my goal was to create this bridge between art viewers, comic book fans, and science readers,” he says. “My hope would be that scientists or people interested in science would think, ‘Oh, this might be an interesting visualization,’ and that people interested in the arts or graphic novels would feel encouraged to delve into current scientific theories. .” In an art exhibition and symposium at Brown’s Granoff Center, the conversation turns to conservation

Brooklyn’s new ArtsDistrict immersive art venue is about to open 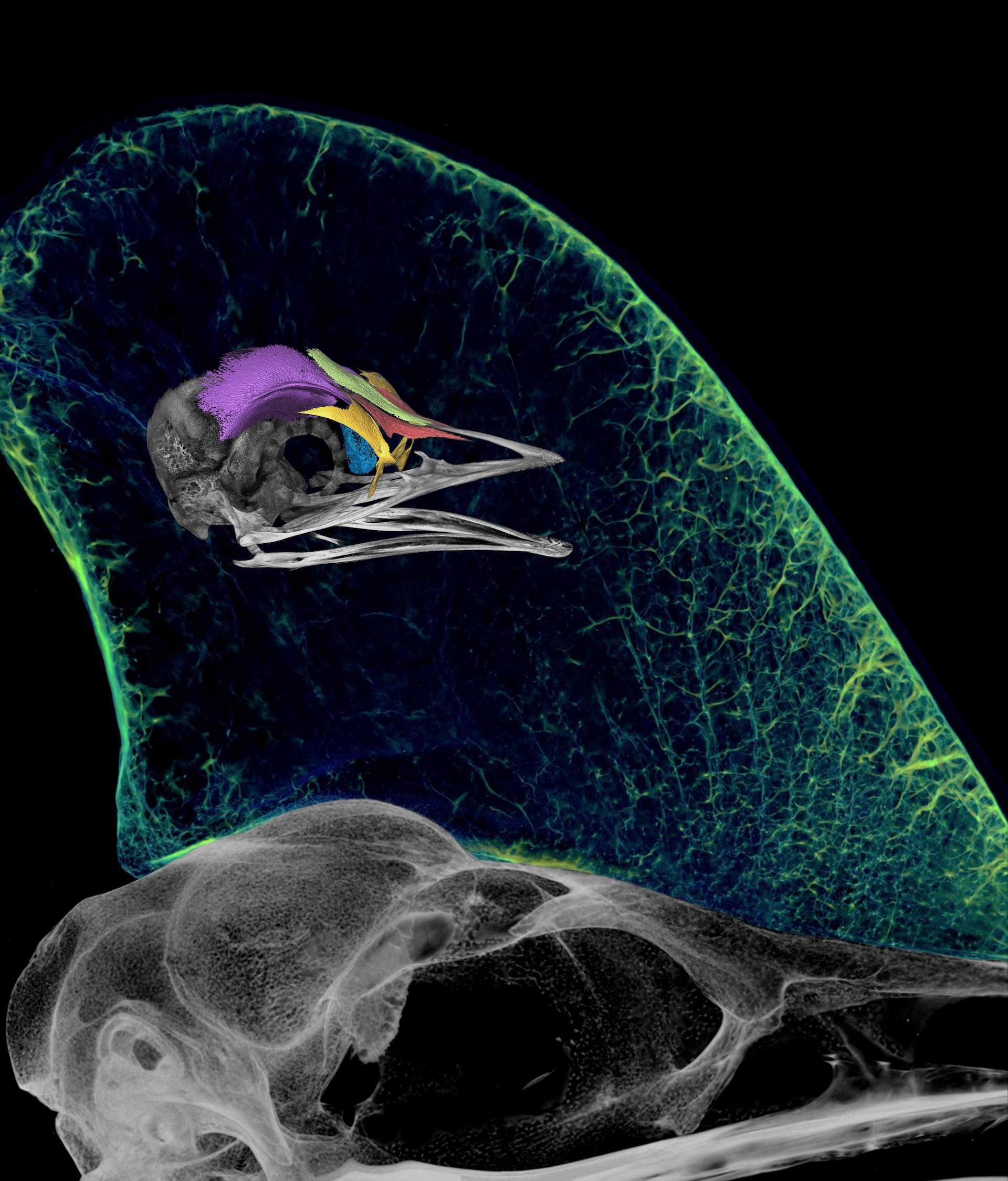