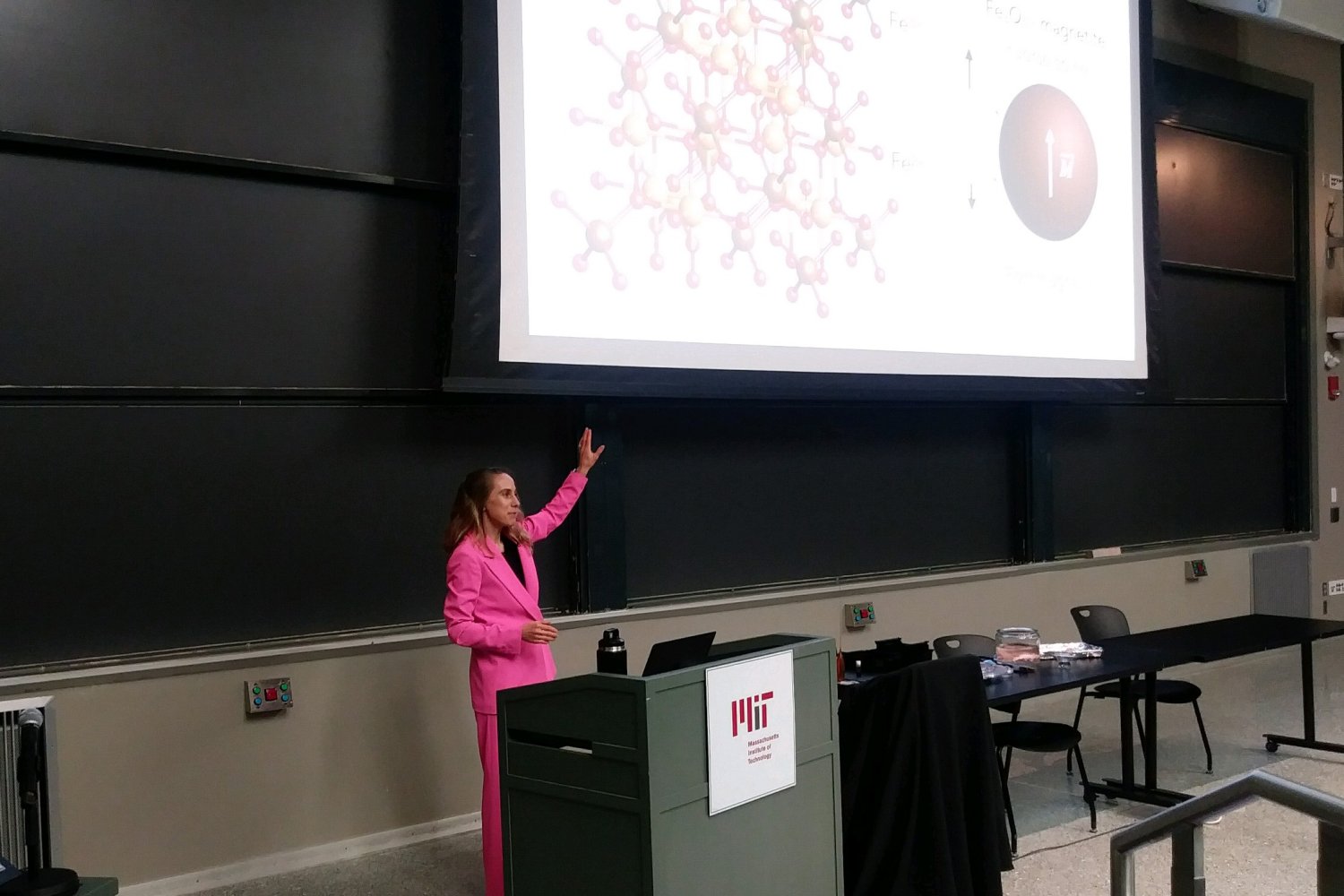 A pivotal moment in Polina Anikeeva’s career was when she examined an MRI of a patient with Parkinson’s disease about a decade ago.

Now a professor of materials science and engineering and brain and cognitive science at MIT, Anikeeva has recently worked on optoelectronics, devices that can sense and control light, and her work has been used to illuminate the quantum dot screens of Samsung televisions. But Anikeeva’s research interests began to wander into biology and neuroscience, disciplines outside her immediate orbit.

“I wanted to apply my knowledge as a materials scientist and engineer to unsolved problems, to devices that didn’t exist,” Anikeeva said April 22 at the Department of Materials Science and Engineering’s biannual Wulff Lecture. materials.

She found these problems in nervous system disorders like Parkinson’s disease. In Parkinson’s disease, the neurons that produce the neurotransmitter dopamine in the brain begin to die. Patients often have difficulty controlling or initiating movements, and symptoms worsen over time. Medications help, but stop working after several years.

Deep brain stimulation (DBS) therapy is often the last resort. It has promising results; patients who undergo DBS can often have better control of their movements. But the procedure, which involves placing electrodes in the brain, can have profound side effects, including personality change. There are two issues: the first is the size. The electrodes are a thousand times larger than the brain cells they are trying to stimulate. Complexity is an even bigger issue, said Anikeeva: different cells have different functions. “And if you stimulate them all at once, you don’t know what’s going to happen.”

Anikeeva and her research team draw on disciplines as diverse as materials science, neuroscience and telecommunications to improve the treatment of nervous system disorders. In pursuit of this goal, they have developed neural probes that match the physiology of the brain, so they can stimulate brain cells without damaging delicate tissue.

At last month’s public event, aimed at freshmen, Anikeeva was introduced by DMSE Department Head Jeff Grossman, who gave a brief introduction to materials science and engineering. “We build matter from the atom,” he said. The goal is to build materials with better properties and performance. “And we’re thinking about how to do that from a very wide range of other disciplines and ways of thinking.”

The Wulff Lecture Series, established in 1977, honors John Wulff, a longtime MIT professor of materials science who led the popular 3.091 (Introduction to Solid State Chemistry) course. The idea of ​​the series is “to inspire anyone who wants to understand what our discipline does, what our discipline is about, why it’s exciting and impactful,” Grossman said.

Throughout her lecture, Anikeeva attributed any impact her work might have on society to the interdisciplinary nature of materials science – the willingness to look to other fields for answers to hard-to-solve problems. .

For example, understanding how to trigger the right neuron would fall under microbiology. Anikeeva turned to the work of a Stanford University Bioengineering Team who applied proteins from a microorganism called Chlamydomonas reinhardtii, a single-celled algae that uses light to propel hair-like appendages called flagella and swim. This same light-driven mechanism can be used to stimulate a particular neuron. It is a research method in neuroscience known as optogenetics.

“We can now manipulate whatever neurons we want using light and leave the rest – the bystander neurons – alone, avoiding side effects,” Anikeeva said.

The problem of size would require a different kind of thinking. For material that could meander through the spongy smoothness of an organ like the brain – Anikeeva brought a butcher’s food-grade brain to display – she turned to telecommunications. Fiber optic cables like those used to make long distance calls were designed to transmit electrical, optical and chemical signals to the brain. But the material that makes up these fibers is stiff and could damage brain tissue.

It turns out that the hydrogels that give the dessert its jiggly texture are similar to the elastic properties of the brain.

“These are polymers that can absorb significant amounts of water and swell and take on the mechanics of the brain quite accurately,” Anikeeva said. Researchers can tune the material to mimic “all types of neural tissue.”

But pushing a fiber with the property of a “wet noodle” into the brain requires another disciplinary detour – this time into the world of art. Think of a brush, says Anikeeva. Its soft bristles couldn’t puncture anything, much less a lump like a brain.

When dipped in paint and allowed to dry, however, its hairs harden and can serve as a wedge to penetrate soft tissue. This is exactly how Anikeeva’s hydrogel fiber device works in laboratory experiments with mice. Upon entering the brain, “it rehydrates and now assumes the mechanics of the brain and can move stealthily with the brain, producing no damage.”

Another part of Anikeeva’s research examines how cells respond to thermal stimulation, which could lead to new types of therapeutic treatments. First, tiny nanoparticles are injected into the body; then they are heated with a magnetic field. This opens channels in nearby neurons, activating them.

Figuring out how to do this, again, required working in several areas. For example, the use of heat to stimulate neural activity stems from the knowledge and application of cell biology: “You drink hot tea, your tongue burns. You go out to eat Thai, your tongue burns,” Anikeeva said, because the protein that reacts to the heat also reacts to the spice in hot peppers. To ensure that nanoparticles can efficiently dissipate heat, Anikeeva’s team relies on materials chemistry and knowledge of crystal structure – the ordered arrangement of atoms in their composition – to design their magnetic responses. .

It was the mix of disciplines on display that brought Catherine Song to the event. She went to Princeton University as an undergraduate and moved to the Boston area to work at Massachusetts General Hospital in a neurology lab.

“In undergrad, I did a lot of organic chemistry—it’s cool, but I felt a lot of the movement toward drug development and looking at specific enzymes and metabolic pathways,” Song says. , who plans to do graduate studies in interdisciplinary. to research. “I really like the granular aspect of research, chemistry and materials, but how to combine all of this is really exciting.”

Undergraduate freshmen Mishael Quraishi and Karen Lei were also drawn to the conference’s multi-faceted topic. Quraishi, a new materials science major, heard proof in the lecture that she was in the right field of study.

“I’m not only interested in material issues, but also how they can be applied to broader social issues, so health spheres – entrepreneurship is also something that interests me,” says Quraishi . “All of this interdisciplinary stuff, I feel like DMSE allows me to explore many of these passions.”

Lei, who along with Quraishi also attended the Wulff Lecture in October with Angela Belcher, chair of the biological engineering department, noted the recent trend of linking disciplines specifically to biology.

Quraishi adds, “He also tends to be more about innovation and design than discovery. Once you have discovered the finished DNA, how can you repeat it? » 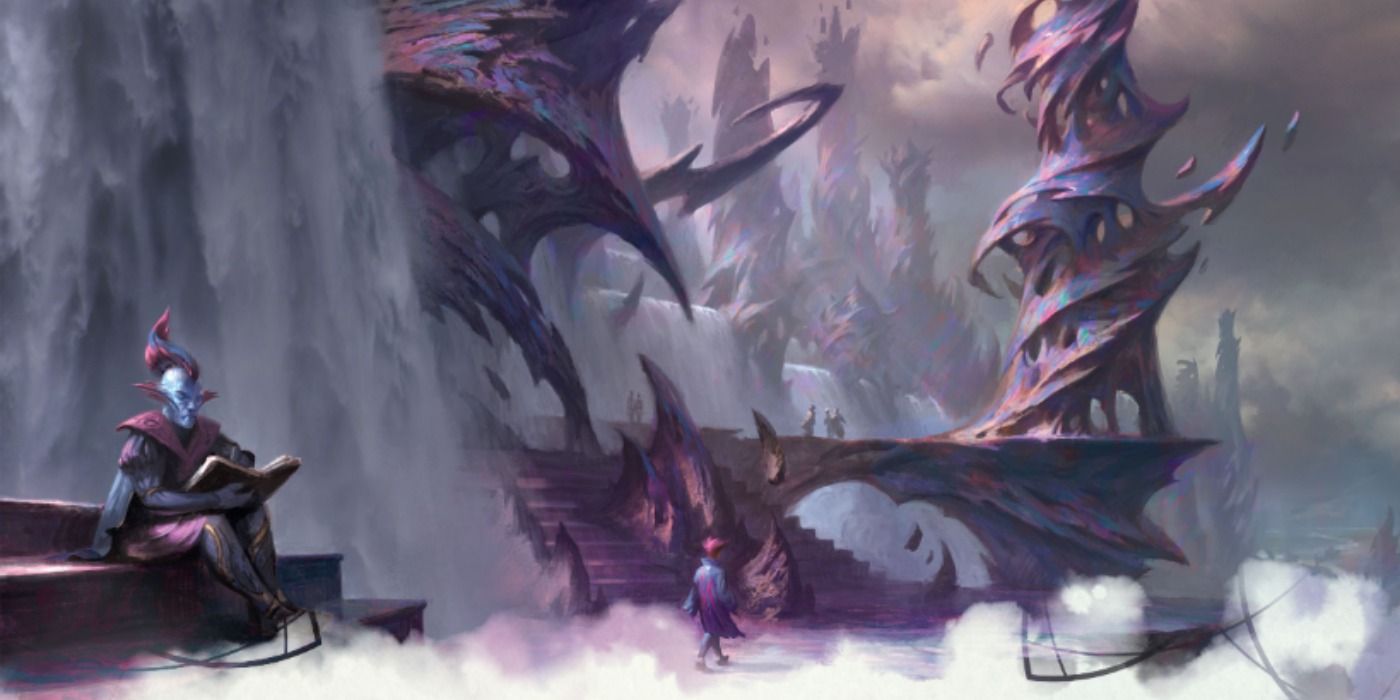 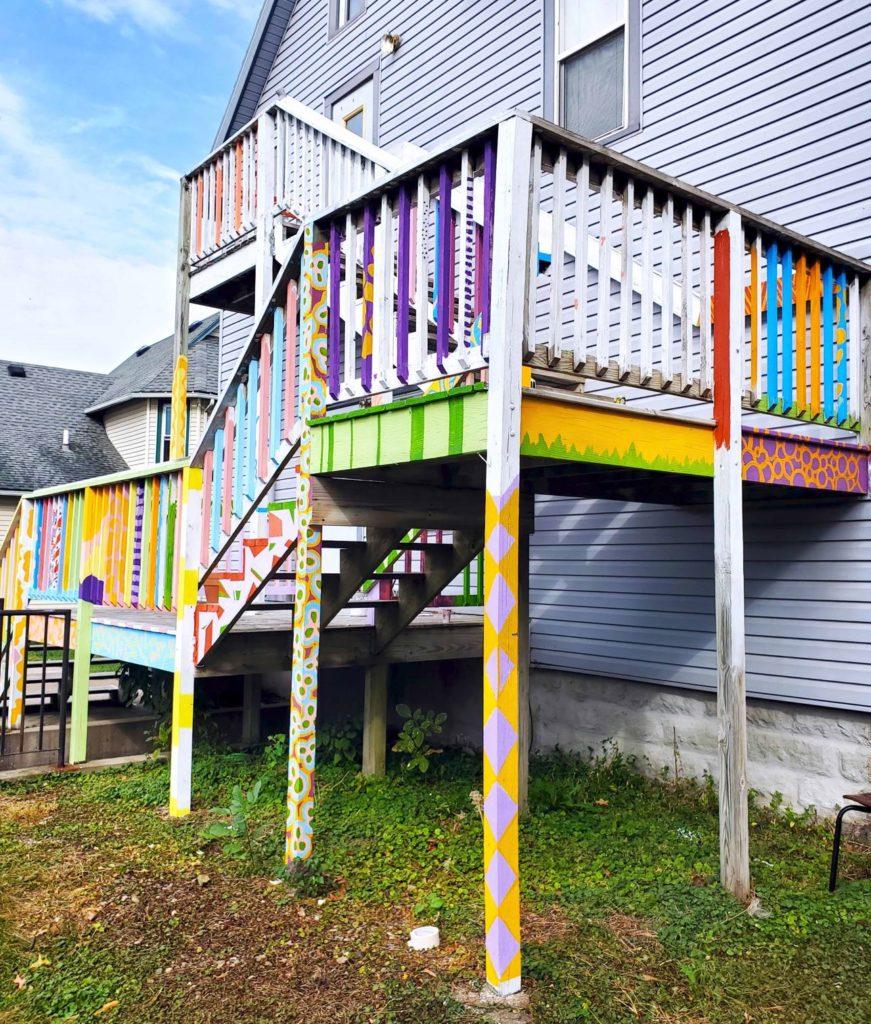