A team of scientists and art historians at Case Western Reserve University claim to have used artificial intelligence (AI) tools to distinguish the individual brushstrokes of one painter from another.

The technique could become a valuable tool to help authorities better identify counterfeits of works by famous artists; it could also help art historians to tell if a master or student contributed to a given masterpiece.

The researchers said they believed the find was one of the first of its kind due to the way the researchers used the computer to read and learn 3D topography in a painting. Other forms of AI-enhanced analysis rely on visible stylistic differences that a program can detect in historical works, they said.

3D topography technology describes a three-dimensional relief map of a surface that reveals any difference in âelevationâ. In this case, it means elevations or depressions in the surface of the painting, even on the smallest scale.

â3D topography is a new way for AI to ‘see’ a painting,â said Kenneth Singer, Ambrose Swasey professor of physics at Case Western Reserve. The singer who led the research said the AI ââalgorithm focused on the smallest structures on the surface.

The “neural network stunned us”

âThe neural network blew us away by being able to tell with great precision which hand among four different art students had painted even a tiny fraction of a brush stroke,â Singer said. “We discovered what could be considered the unintentional style of a painter.”

The “neural network” describes a computer system modeled on the human brain and nervous system, which learns, identifies and compares patterns. The neural network identified the right artist 95% of the time from small parts of a brush stroke. These strokes were about the diameter of a single brush hair.

Michael Hinczewski, Warren E. Rupp associate professor of physics at Case Western Reserve, was also on the research team. He said that kind of precision was “almost like a fingerprint.”

Each of the artists in their study used the same type of brush, paint, and canvas. âWhile the only thing that would be different would be the artist’s hand, the way it interacts with the surface,â Hinczewski said.

âWe were shocked at what came out,â he continued. It’s something that must somehow be intrinsic to every artist, not something the painter is consciously trying to do.

The team recently published their work in the journal Heritage Science.

Contributors included Case Western Reserve colleagues Elizabeth Bolman, Professor Elsie B. Smith in Liberal Arts and Chair of Art History, several others from the Physics and Biology departments of the College of Arts and Sciences, and contributors to the Cleveland Museum of Art and Cleveland. Institute of the Arts.

Award of a famous art

Bolman, who is the artist’s historian – specializing in art history – said many notable masters, from El Greco to Rembrandt, employed workshops. These workshops included other artists who painted parts of the canvases to speed up production and meet market demands for their art.

Artists in a masterclass were trying to create a complete painting with a singular style mimicking the named artist. However, connoisseurs and collectors want to know how well a given piece was created by the master.

âBut these masters didn’t leave any notes from their workshops, ‘Hey, art historians 500 years from now, here’s how we did it,’ Bolman said. âSo being able to scan a painting and learn which areas have been painted by different hands could be extremely valuable information for those in the know. “

The global art market is worth billions of dollars, Bolman said. Thus, this method of attribution could have important applications in helping to confirm or challenge paternity.

This new method of machine learning could more accurately determine an unbiased and quantitative analysis of virtually any well-preserved painting, she said.

âArt connoisseurs can spend decades identifying the styles, or the weaving of the canvas, to learn more about a painting,â Bolman said. “This method is not meant to replace any of them, but to add a level of data that humans cannot discern.”

How AI worked on art

The MORE (Materials for Opto / Electronics Research and Education) center at Case Western Reserve, where Singer is the faculty director, has a confocal chromatic optical profilometer, a tool that uses light and color to reveal tiny bumps and indentations on a surface.

Singer and his colleagues scanned the student paintings to produce 3D surface height data for each work.

The researchers then divided this surface data into virtual patches. Then they formed a set of programs known as Convolutional Neural Networks for attribution and identification of the painter who performed the stroke.

Hinczewski said most previous studies of AI attribution of art focused on photos of entire paintings.

âWe have divided the paint into virtual spots ranging from half a millimeter to a few square centimeters, so we don’t even have any more information on the subject,â he said. âBut we can accurately predict who painted it from an individual patch. It’s amazing.

/ Public distribution. This material from the original organization / authors may be ad hoc in nature, edited for clarity, style and length. The views and opinions expressed are those of the author (s). See it in full here.

Are we losing the art of running by chasing at all costs? 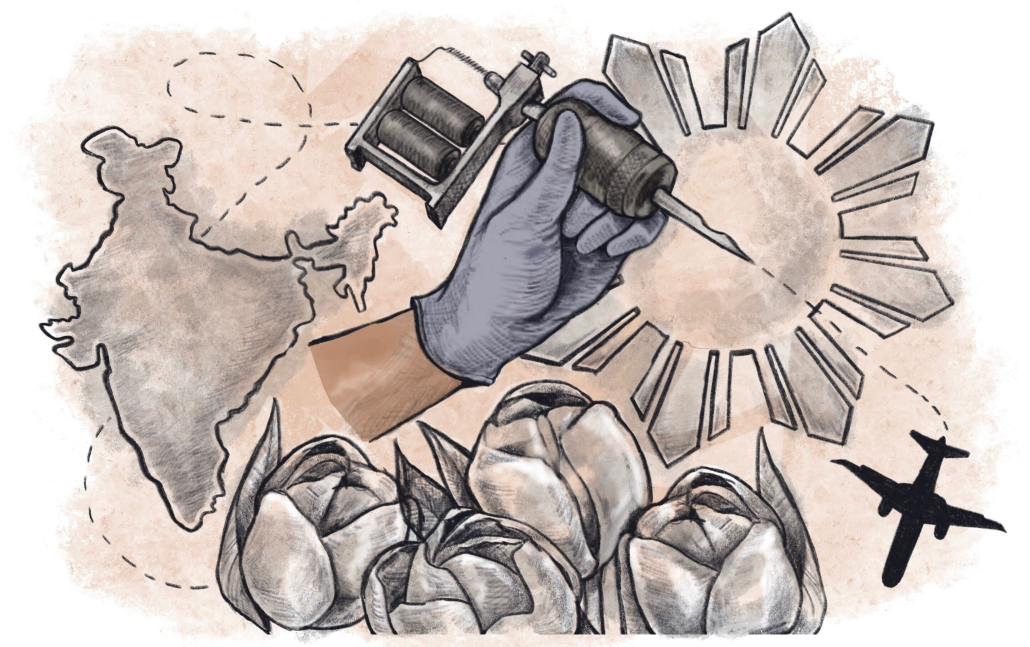