The Canadian Hydrogen Intensity Mapping Experiment ( CHIME) has reached “an important milestone in the quest to uncover the hidden origins of the universal structure,” according to an article by Samerican scientisttitled “Canadian Telescope Offers Deepest Radio View of the Cosmic Web,” written by Wright Lab alumnus Ben Brubaker (Yale Physics Ph.D. ’17).

Laura Newburgh, an assistant professor of physics and a member of Yale’s Wright Lab, has been involved with CHIME since she began working on new calibration methods for CHIME as a postdoctoral fellow at the University of Toronto. Currently, Newburgh’s group measures the CHIME telescope’s “beam” – its response in the sky – in a number of ways, including flying radio sources on quadcopter drones and using an old radio technique called holography. The beam must be measured extremely precisely in order to be able to produce high-fidelity maps of the sky in order to extract the cosmological signal.

The Newburgh Group’s scientific goal at CHIME is to better understand the nature of dark energy, a mysterious component that accounts for about 72% of the energy density of the universe, by measuring the rate of expansion of universe far in the past.

The recent CHIME result, as explained in Brubaker’s paper, verifies the ability of the CHIME experiment to detect the 21cm signature of neutral hydrogen in galaxies, which will allow Newburgh’s group to measure the distribution of galaxies farther in the past than before, which will tell them about the rate of expansion of the universe at a critical time when dark energy began to impact the outcome of the expansion. Moreover, these measurements are made possible, in part, by the precise calibrations of the telescope made by the efforts of Newburgh’s group.

CHIME is a set of 4 cylindrical dishes, each 100m long x 20m wide, located in British Columbia, Canada. It operates at 400-800MHz, to provide structure measurements at redshifts z=0.8-2.5. The signal from the sky is focused on a feed line at the focus of the cylinders, and detected by 1024 dishes connected to the largest correlator in radio astronomy. The CHIME project is co-led by the University of British Columbia, McGill University, University of Toronto, and is hosted at the Dominion Radio Astrophysical Observatory by the National Research Council of Canada, with institutions collaborators across North America. 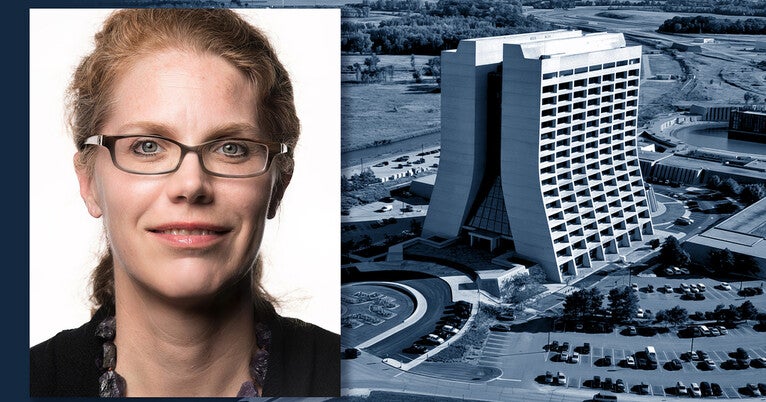 Physicist Fleming takes on a new role at the National Laboratory 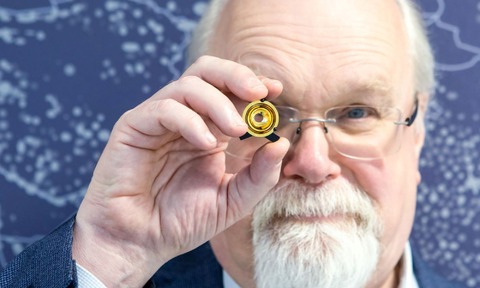 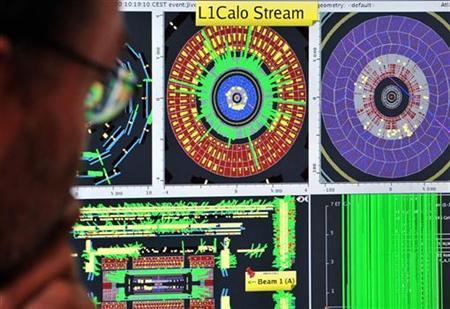