The relentless proliferation of environmentalism around the world is a real dilemma for developing countries. The ideals of environmentalism, like other philosophies, are noble, however, the push and pull of realism erodes its effective implementation. At the national level, environmental issues have become a tool in the hands of social activists to prove their depth regardless of the development of the country, especially in the competitive environment where nations claim blood.

Environmental protection should always be in the forefront, however, it should not be allowed as an instrument to throw scientific and technological progress to the wind, otherwise Bharat would regret in retrospect as we do today in development of a well-designed defense policy for the outsized principles of ‘Ahimsa’. Advances in science and technology happen at a moment’s notice. Every day a new discovery disregards existing proposals, so delaying projects for an indefinite period can lead to a loss of advantage.

Neutrino particle research has faced such flak from Bharat ecologists that we are slipping into a crucial area of ​​physics challenging our potential to make a difference. A neutrino is an electron-like subatomic particle without any electrical charge and having a very small mass. It is a mystery to physicists around the world, however, for Bharatiya scientists, neutrino is not a new phenomenon. Bharat was actually one of the pioneers of neutrino research in the 1960s when physicists used a gold mine at Kolar in Karnataka to set up what was then the world’s deepest underground laboratory . It was called the Kolar Gold Field Lab.

In 1965, it enabled researchers to detect atmospheric neutrinos. In 1992 when the mine became unprofitable, the laboratory was closed and Bharat lost the opportunity to become a neutrino research hub, however, the year 2005 turned out to be a special year as the Tata Institute of Fundamental Research (TIFR) and the Indian Institute of Mathematical Sciences (IIMSc) spearheaded the operation of the Indian Neutrino Observatory (INO) with the help of seven primary research institutes and 13 research institutes participatory. The project was very crucial but objections raised by the Ministry of Environment forced the change of the project site from Singara in the Niligiri Hills to Theni district in Tamil Nadu.

The fortunes of science and technology have never been smooth in Bharat, and INO is no exception. After the site change for INO, the government of Tamil Nadu and an NGO called Poovulagin Nanbargal threw their hats in the ring to resist the project. Poovulagin Nanbargal has filed a petition with the Supreme Court of India and, to date, INO is facing headwinds. In this specific case, it is more important to appreciate what we lost rather than what we gained because if INO had been activated, Bharat would have possessed the largest 50 kiloton tycoon in the world in addition to other advantages more specifically described in this article.

Most advanced countries are already working vigorously on neutrino science with dedicated laboratories. These include the United States, Russia, France, Italy, China, Japan and South Korea. Bharat also has the potential to contribute to research, but the naysayers want us to wade behind the world. If the neutrino laboratory at Fermilab in Chicago, which is only 60 km from the main city, is not considered dangerous for nature, why are only the ecologists of Bharat creating a scene when the nation wants to make progress? China is also working on a neutrino project and its scientists have succeeded in demonstrating the most accurate value of an important parameter in neutrino research called theta one three.

Apart from this, China has already decided to take neutrino study to an advanced level with its Jiangmen Underground Neutrino Observatory or JUNO ironically the groundbreaking ceremony of JUNO in South China was held five days later than January 5, 2015, the day the Indian government approved INO. . While Bharat is still struggling to launch INO due to fierce resistance from so-called environmentalists, China is expected to complete JUNO by next year. This procrastination discourages the morality of Bharatiya scientists by abandoning their ingenuity to red-tapism and the malicious campaign against INO.

Understanding neutrinos and working to use them for humanity would bring enormous benefits. First of all, the thorny question of terrorism and its access to nuclear weapons could be resolved decisively by neutrinos. Plutonium-239, which is made by nuclear transmutation in the reactor from uranium-238, can potentially be used in nuclear devices by terrorist groups. Using suitable neutrino detectors, the plutonium content can be monitored remotely and used to detect any theft. Neutrino research can be our answer to ensure that no terrorist group ever acquires nuclear weapons. Second, neutrinos can detect geological faults in the earth’s crust. Therefore, early warning devices using neutrinos would provide more accurate premonitions about natural calamities such as earthquakes.

Third, since the mass of neutrinos is close to zero, they have the ability to pass through the earth and therefore a new perspective in data transmission could open up to the world. The internet and telecommunications sectors would undergo a new revolution without any loss of transmission. Fourth, neutrinos are called information carriers of the universe. Bharatiya scientists, using neutrino particles, would be able to provide deep insight into the mystery related to matter and antimatter in the universe. Fifth, the secret of dark matter in the universe can only be solved by neutrinos. These are some of the very important benefits of neutrino research apart from their industrial use to locate oil, natural gas and minerals deep within the earth’s belly.

Environmental protection is inevitable for the survival of the earth but it is equally important to understand that the developed countries use it to maintain their hegemony in the world. The technology that prevails today is a product of developed countries and it has caused damage to the environment, but when developing countries make progress in science and technology interest groups in those countries, funded by those countries developed, release all their energy to hunt down governments and the most preferred path is to assert rights through multiple litigation.

A diplomatic victory is directly linked to economic dominance, and economic development depends solely on technology and science, which in their current form are harmful to the environment, leaving developing countries no choice but to find other methods of development or to harm the environment. The risk of losing their economic independence to developed countries is significant in the first case, while environmental devastation is inevitable in the second. The route we take depends on the people of Bharat. 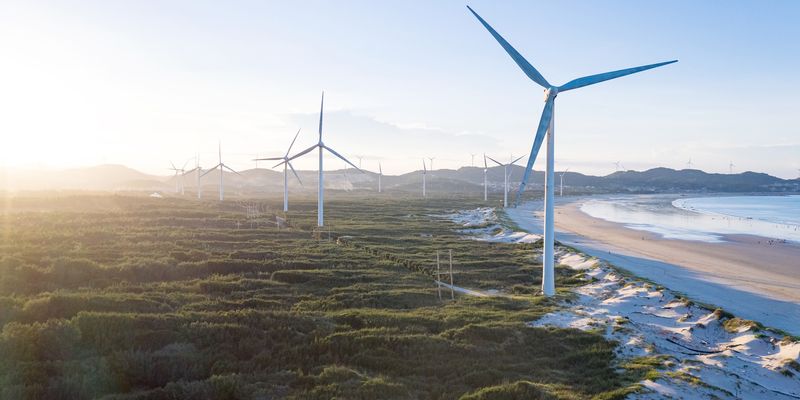